There has been a growing interest in explainable AI (XAI) to help users understand machine learning models by presenting comprehensive explanations as to why the model produced a prediction result. Various materials for learning have been designed to teach XAI, such as lecture videos, written materials, and interactive tutorials. Since explanations are often presented to users through user interfaces, it is important for learners to have a comprehensive understanding of how to design usable interfaces that present explanations to users. However, most of learning materials focus on algorithms for generating explanations or discussion of ethical perspectives of explanations, which do not directly inform how to design usable explanations. We introduce XDesign, an interactive platform that guides learners to go through a design process of creating usable explanations, where learners (1) implement the LIME explainer that presents explanations of image classification results, (2) generate and observe explanations for various input images, (3) discuss the usability of explanations based on their observations, and (4) design a user interface prototype that could overcome the limitations observed. We have iterated XDesign over two semesters in a human-AI interaction course offered to a total of 44 students, asking students to submit their implementations, discussions, and UI prototypes using XDesign in an assignment. Results show that students were able to identify concrete user needs through their exploration, highlight user tasks to support the needs, and design a user interface that aids the tasks. 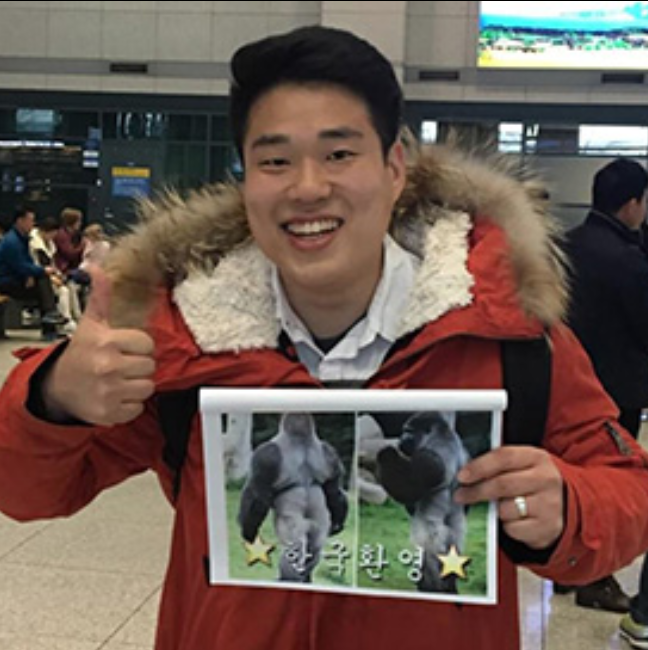 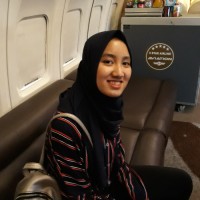 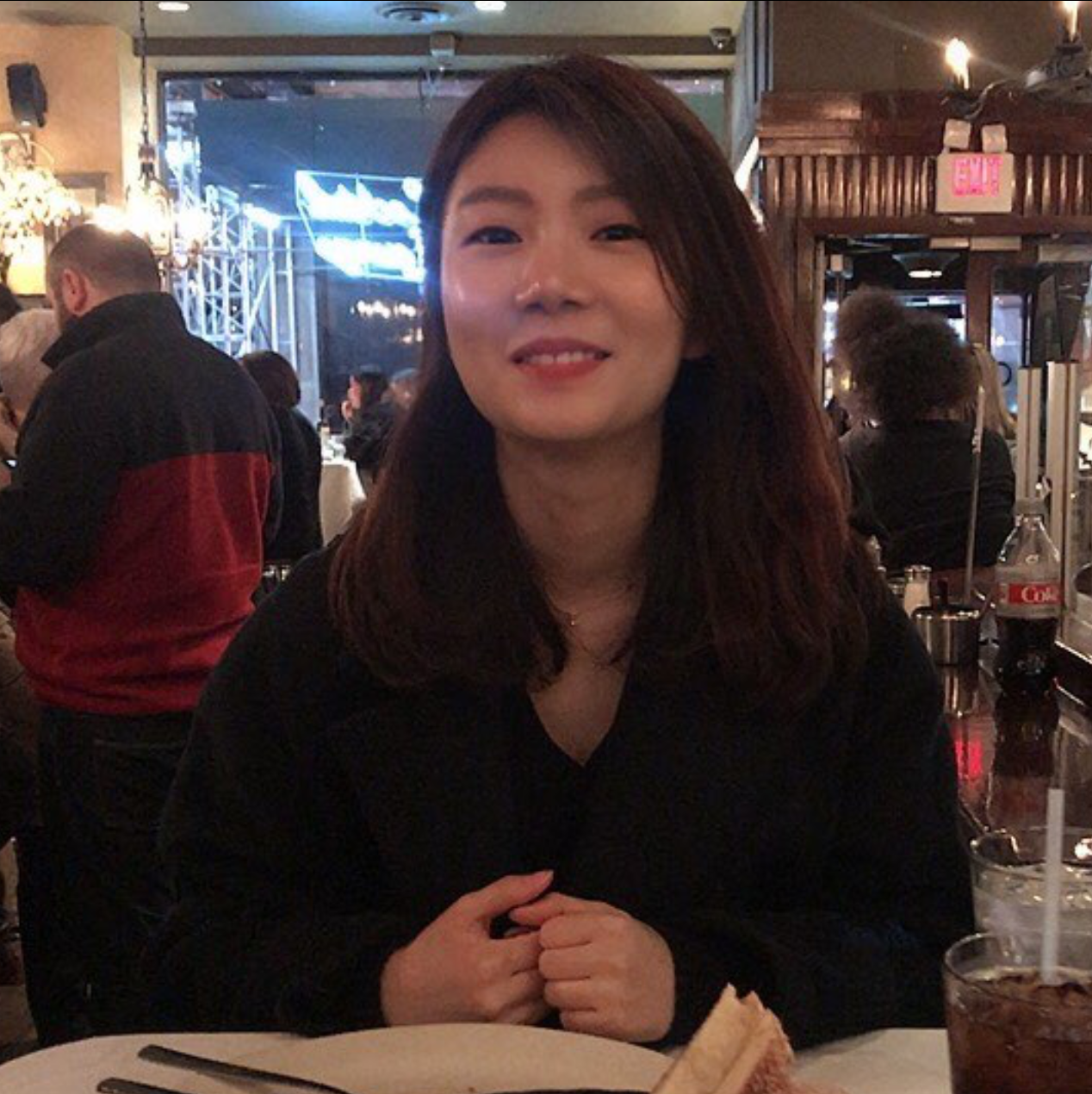 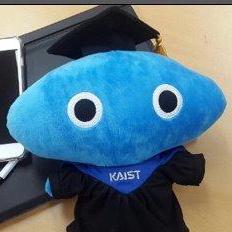 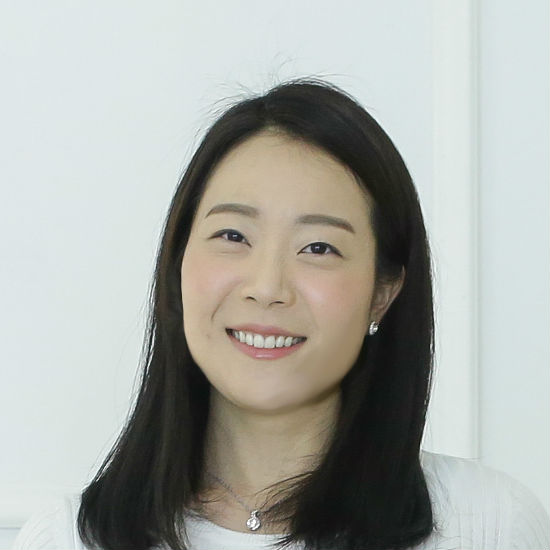 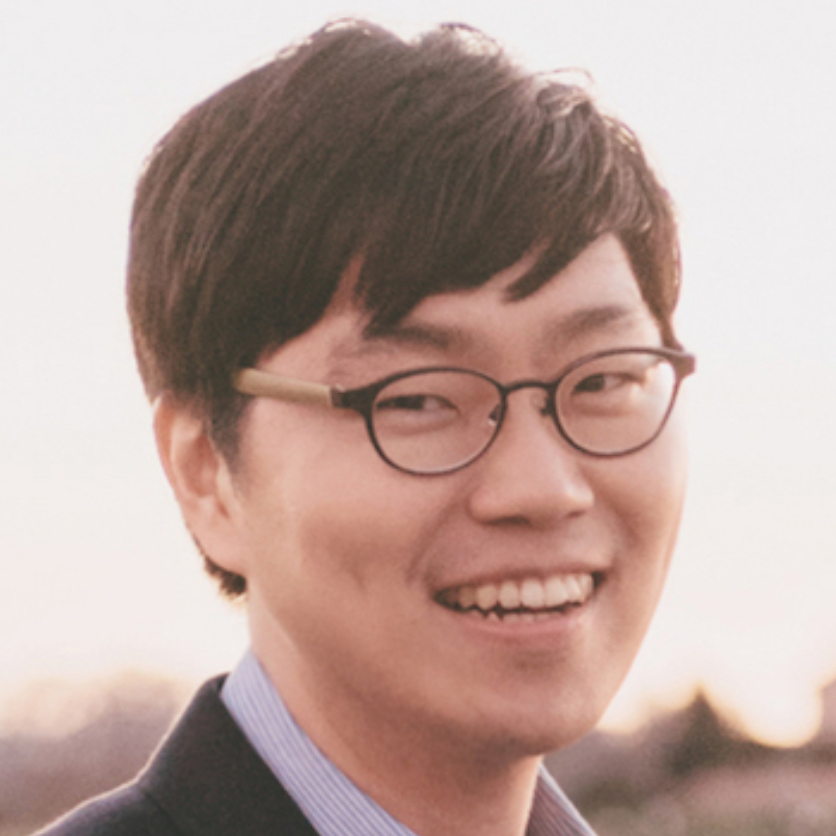 You can try out XDesign here. We have prepared the following accounts for logging in.


If you have any trouble using XDesign, please send an email to hyungyu.sh@kaist.ac.kr. We're more than happy to help you run XDesign yourself as well!

The design process of usable explanations supported by XDesign

XDesign is an interactive platform that provides step-by-step instructions to prompt learners to create an interactive UI prototype that presents explanations. XDesign gives specific tasks to students in each step, which are: (1) implement the LIME explainer from skeleton code, (2) generate and observe explanations for images that learners upload, (3) categorize the explanations based on whether it is comprehensive or not, (4) discuss the limitations of the LIME explainer with concrete evidence found from the previous steps, (5) come up with a few representative questions that supplement the limitations, and (6) design an interactive UI prototype that answers the questions.

The first step of XDesign is for learners to implement LIME explainer, a model-agnostic algorithm for generating explanations by identifying an interpretable model trained by data with an interpretable representation that locally approximates the original model. As implementing the whole algorithm from scratch could be challenging for learners, XDesign provides detailed instructions on how LIME explainer works and skeleton code so that learners can easily finish the implementation of LIME explainer. The skeleton code can be found here. Using JupyterHub, XDesign provides a Jupyter Notebook environment for individual learners with necessary libraries installed so that learners can only focus on implementations without dealing with development environment.

After finishing the implementation, XDesign asks learners to upload images to observe generated explanations. By experimenting with various images, learners can test their own hypothesis on limitations of LIME explainer such as "generated explanations would not make sense when there are many shapes inside an image such as a keyboard".

With the uploaded images, computed explanations, and learners’ answers submitted in the previous steps, XDesign presents a summary of results to encourage learners to organize their observations and identify the limitations of the LIME explainer. XDesign shows a table with four columns with respect to whether classification results are correct or incorrect and whether explanations are helpful or not. By going through multiple observations. With the summary, Learners can investigate patterns of when the explanations make sense and not.

5. Writing the Limitation of LIME explainer

We deployed XDesign to a Human-AI interaction course at KAIST. XDesign was deployed as a part of an assignment where the objective of the assignment was to (1) try off-the-shelf tools for explanations, (2) discuss strengths and limitations of the tools, and (3) design a user interface prototype that provides usercentered explanations which can address the limitations. The following shows examples of students' submissions as more usable explanations. 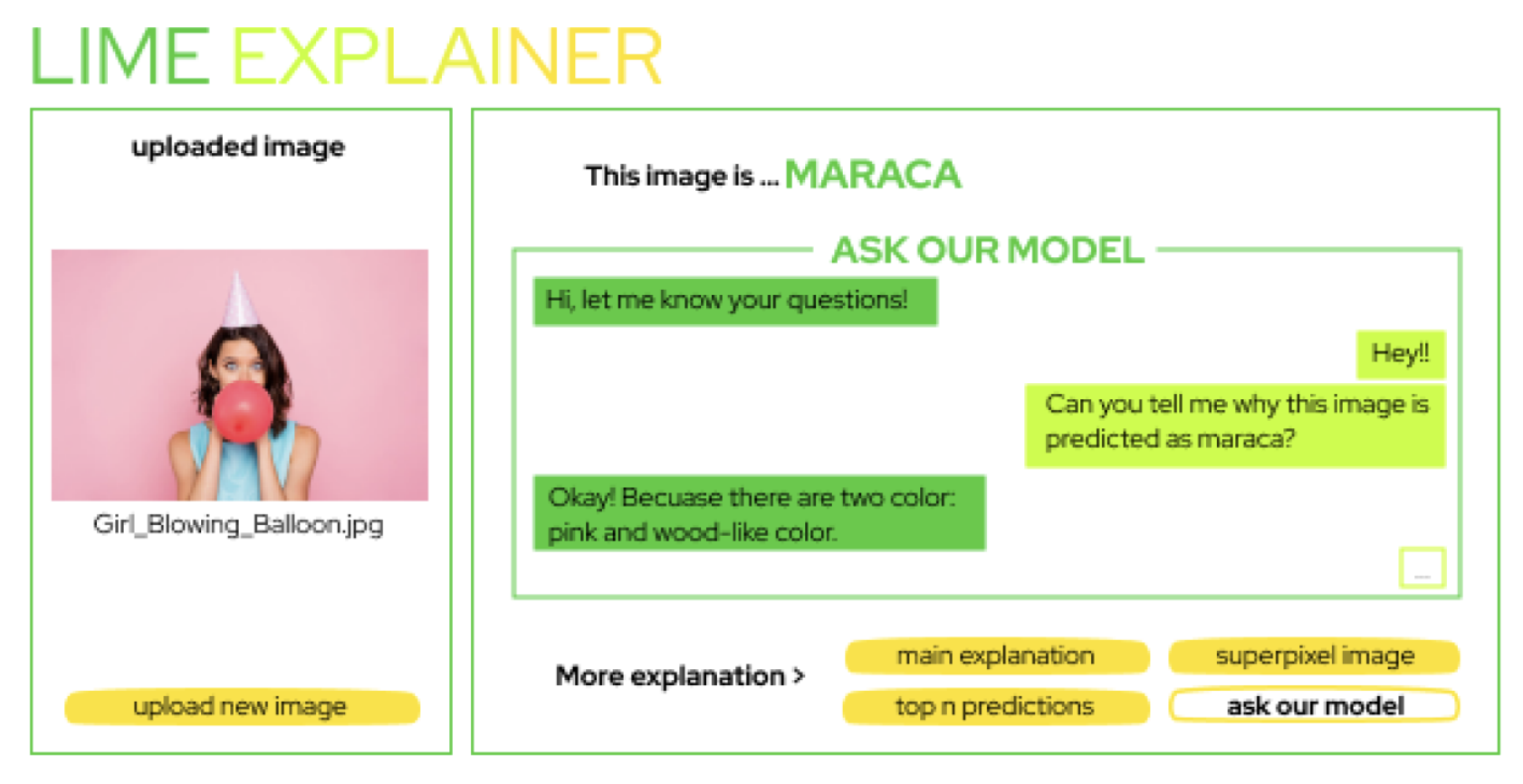 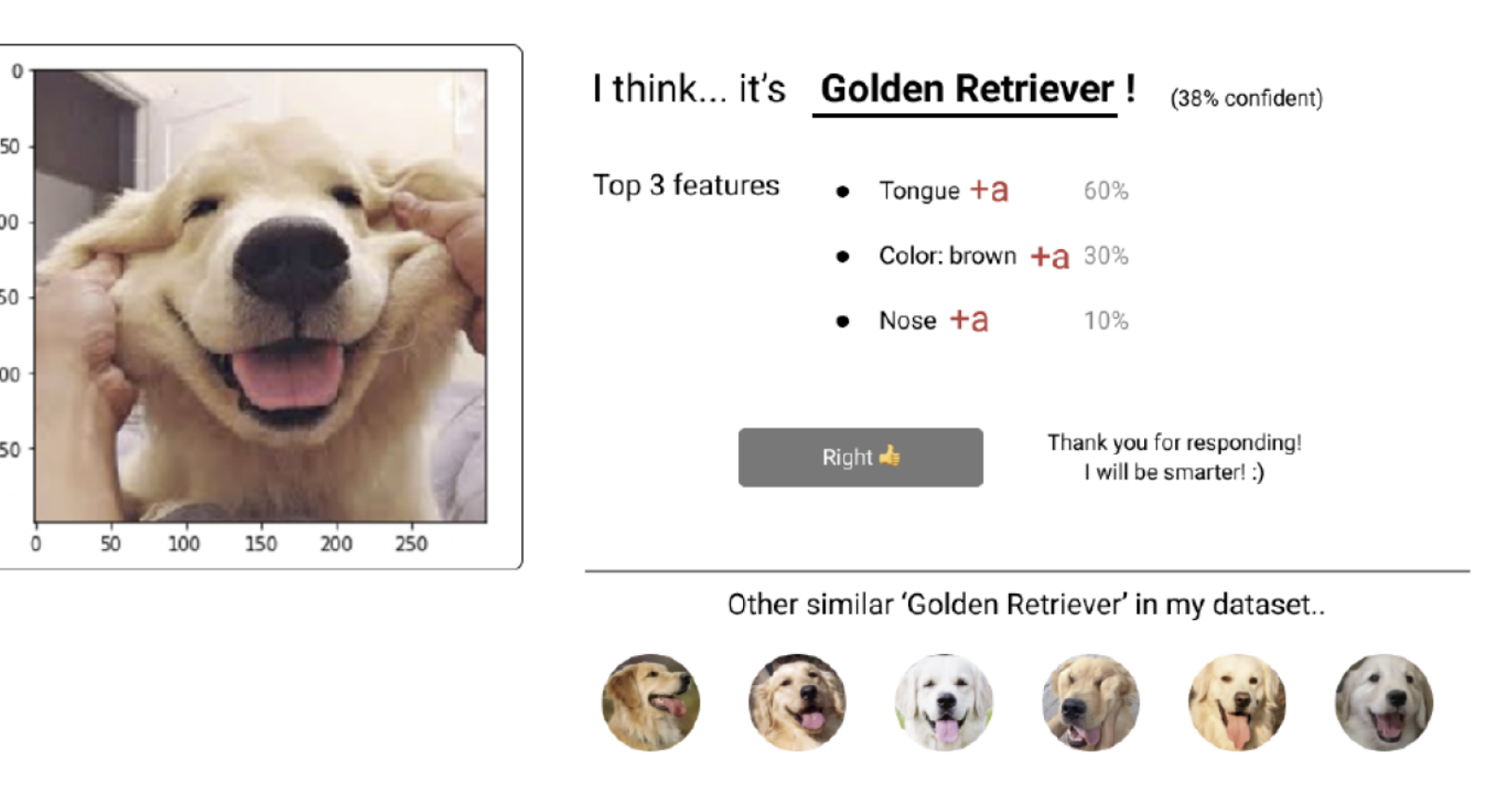 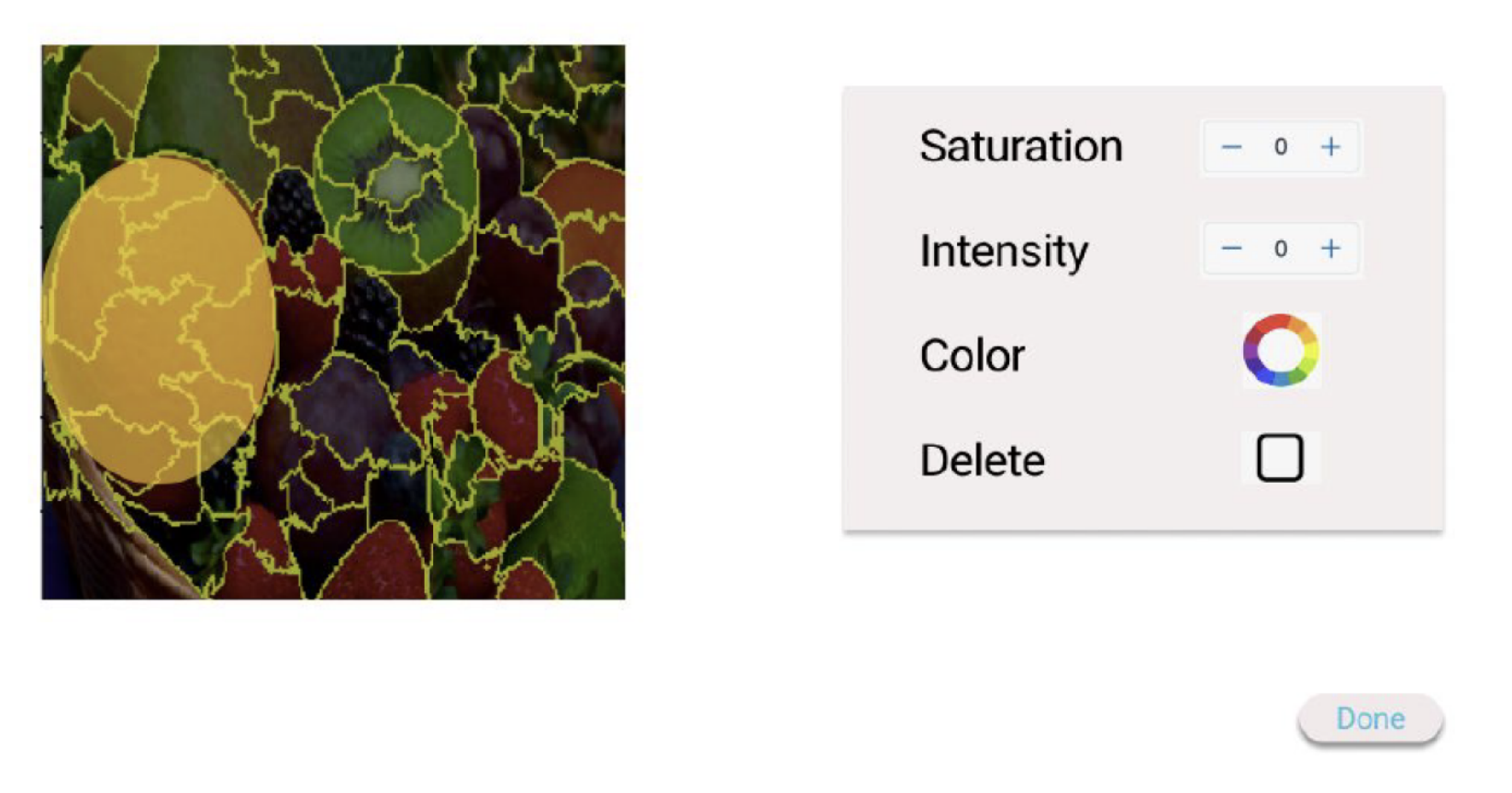 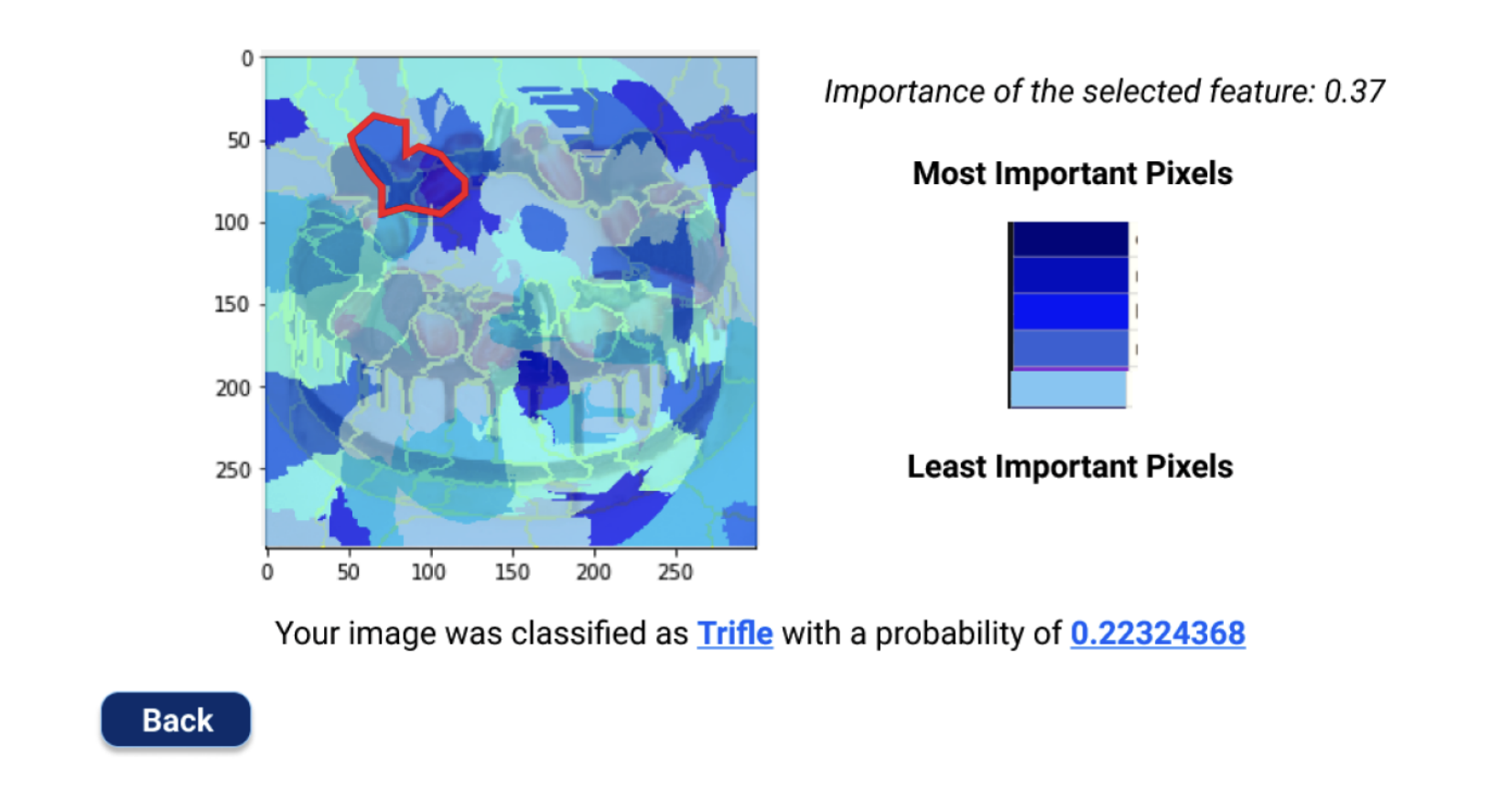